Home / News / Property Wars – A long time ago, in a galaxy far, far away…houses were affordable!

With the impending release of the final episode of the Star Wars saga (yes, I’m very excited!) it got me to thinking about a franchise that has spanned 42 years and how house prices have risen over that same period.

However, looking at house prices alone is a fool’s errand, as all prices rise over time due to inflationary effects.  So we need to look at the rise in house prices in context – so I have asked my droids to also look at average salaries for full-time workers and the price of a pint of milk.

The table below shows the results:

Average house price is from the Nationwide All Houses House Price Index in Q4 of the year.

Average milk prices and earnings data are from the Office of National Statistics in Q4 of the year.

As you can see the increases in prices and salaries is quite noticeable across the span of time, but it is the rate of increase that has gone into light-speed for houses.

From 1977 to now the cost of a pint of milk is 3.79 times higher now.  Over the same period salaries are 8.36 times higher in 2019 compared to 1977.  Property prices however are 16.48 times higher now!  They have more than doubled their rate of increase in relation to earnings.

It is the relationship of the property price to earnings that is the key issue – as the ability to obtain a mortgage to buy a property is intrinsically linked to the buyers income.  At the very highest possible level seen in the market you can get 5.5 times the household income as a mortgage, a more achievable multiple for most would be 4.5 times income.

Given the 2019 earnings figure above that would mean a very maximum mortgage figure of £155012 using the 5.5x multiple – some £61793 short of the average house price.  Meaning buyers need an average 28% deposit to buy, but according to research from Halifax the average first-time buyer has a deposit of just 15%.

If we use the same 2019 figures, but use the more realistic 4.5x multiple then the maximum loan is £126828 – meaning that the average worker has no chance of buying a property on their own and only by joining their incomes with a partner can they achieve the required level of mortgage.

This is maybe the biggest change that sit underneath the figures – that back in the 70’s and 80’s it was easier for single people to get on the property ladder.  Likewise the traditional family unit, of one partner working and the other raising children, was a more viable option.  Now both partners need to work full time on average earnings to afford the average property.

All of the above also takes no account for the other debts that may impact the level of mortgage achievable such as; car finance, student loans, credit card balances and overdrafts.  All of these reduce the income that a lender can use to calculate the mortgage they will agree to.

Now it’s important to not fall to the dark side as you look over these figures, they are averages after all.  Some people will be earning over the average shown and some areas have property prices that are lower than the average quoted above.

Whatever the future brings (and I’m hoping for tickets to release of The Rise of Skywalker, obviously) it’s important to engage with the right professionals to help you make informed and considered decisions when making such a large purchase – as well as the fact you will be taking on a large debt that could outlive you!

Carl Summers Financial Services is an award nominated Practice with professional, qualified advisers who specialise in finding people just like you the correct mortgage for their situation.

Please get in touch and have a chat to see how we could possibly help you with your mortgage. 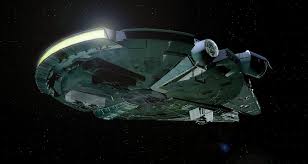