As the coronavirus has continued to spread around the globe, financial markets have become increasingly turbulent. The S&P500 index of US stocks has risen or fallen by 4% or more on each of the past eight trading days while volatility (as measured by the Vix index, otherwise known as ‘Wall Street’s fear gauge’) has surpassed that seen even at the peak of the financial crisis.

Navigating these stormy waters is undeniably challenging. However, we are reminded of the advice often given to sea-sick sailors: pick a point on the horizon and focus on it. For the Omnis Investment Team managing the Omnis Managed Portfolio Service (OMPS) portfolios, this means looking beyond the current turbulence and assessing the outlook for the coming months and even years. Once we focus on this point of the horizon, we believe shares – with many markets now appearing undervalued – offer compelling opportunities for patient investors.

A bear market in shares is often defined as a fall of 20% or more. By this definition, the current bear market is the sharpest on record. It took only 21 days for US shares to fall 20% – half the 42 days taken during the Great Depression in 1929 and more than ten times as quick as the descent from the pre-crisis peak in 2007. By any measure, recent market events have been of historic proportions.

The underlying reason for the turbulence in global financial markets is, of course, the continued spread of coronavirus around the world. Though China and South Korea – two early casualties of the outbreak – appear to have largely contained the virus, there is not yet enough evidence to suggest that this pattern can be repeated internationally. Governments around the world are implementing increasingly severe restrictions on their populations, but new cases continue to be reported at an alarming rate.

Current expectations are for the new case rate to peak across Europe at some point over the summer.
Efforts to contain the virus are bound to have a significant impact on economic activity: a “technical recession” (two successive quarters of falling economic output) appears all but inevitable in the first half of this year. However, policymakers around the world have implemented – and, by all accounts, are continuing to develop – a raft of measures designed to ensure that this temporary economic slowdown does not evolve into something deeper and more protracted. Central banks have slashed interest rates and introduced measures designed to ensure global financial markets continue to function and ward off the threat of another financial crisis (see ‘Shades of 2008’ for further detail). Meanwhile, governments from Europe to Asia, the UK to the US, have pledged large sums to support businesses and workers that are impacted by efforts to counter the coronavirus threat.

Success here will be measured by the extent to which increases in bankruptcies and unemployment are limited.
Despite the historic scale of the measures announced by central banks and governments, investors have thus far refused to countenance anything other than the continued spread of the virus and a significant economic downturn. Perhaps exacerbated by the challenges of translating a very human threat into something more quantifiable, fear has very much gained the upper hand on greed, and global stock markets have continued to lurch down. We believe this reaction may be overly pessimistic.

If the authorities succeed in containing the spread of the virus, and if increases in bankruptcies and unemployment are limit ed, we believe the measures being put in place by central banks and governments could fuel an exceptionally strong economic recovery in the second half of the year. Having fallen so sharply, we believe many global stock markets are now trading at valuations that do not reflect the potential for this scenario to unfold. 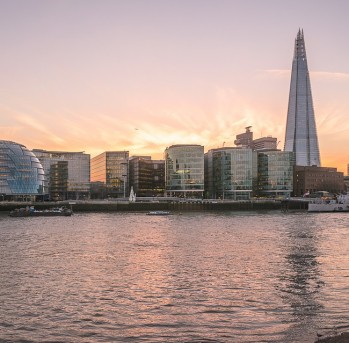